This post picks up our coverage of Behavioral Finance (BF) on the CFA Level 3 Exam. so far we've laid out the difference in BF vs. traditional finance, introduced how individual behavioral biases get tested, and unpacked both types of of cognitive errors--belief perseverance errors and information processing errors.

This post is all about the other branch of biases--emotional biases.

Just as with any bias you should not be surprised if on the L3 exam you have to read a passage and identify a few types of biases displayed by an individual investor and discuss (a) why that bias is being displayed and (b) potential consequences of said bias.

What are emotional biases?

Emotional biases are those that arise from impulse, intuition, feelings, and they result in sort of personal and perhaps un-rational decision making. So it's all about how we feel, how we react. It's impulsive. And because of that, they are harder to mitigate than cognitive biases.

As a result, emotional biases often have to be accommodated if the client's financial situation meets that level of flexibility (see standard of living risk).

There are six testable emotional biases on the CFA level three exam. The mnemonic to help memorize them is LOSERS:

We cover each starting at 21:30 in the video below.

We've seen it a little bit in prospect theory, but loss aversion is this concept that we fear pain of loss more than we love the pleasure of gains.

This leads us to hold stocks too long when they've gone down because we hope that they'll bounce back. On the other side we sell our winners to lock in gains because we're more afraid of them turning into losses. And this can lead to excessive risk-taking, especially after a loss, or just trading too often at higher transaction costs. 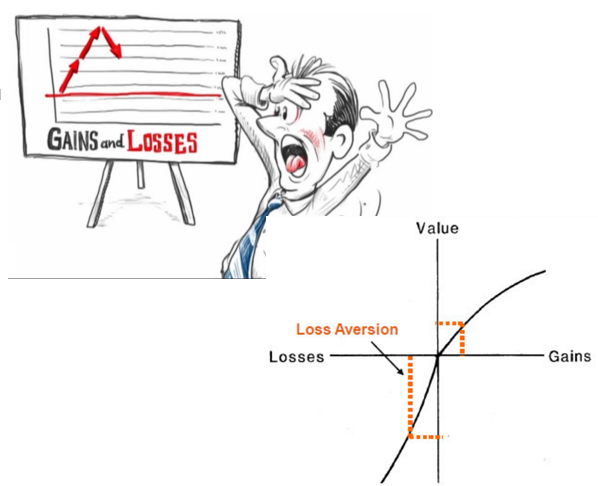 Loss aversion is related to what’s known as the house money effect. This is a casino term for the phenomenon that once you start winning, you start playing fast and loose with the “house money.” It's also important to point out the concept of myopic loss aversion. Myopic loss aversion happens when an investor temporarily loses sight of the bigger picture and focuses too much on short-term movements.

An example of this could be thinking about markets in terms of monthly or annual returns versus, say, a 30-year time horizon. And if you do that, you might allocate less to equities because of that short-term volatility versus long-term total earn. This can also lead to panic-selling during sharp market decline.

Overconfidence is thinking that you know more than you do or that you have more control than you do. 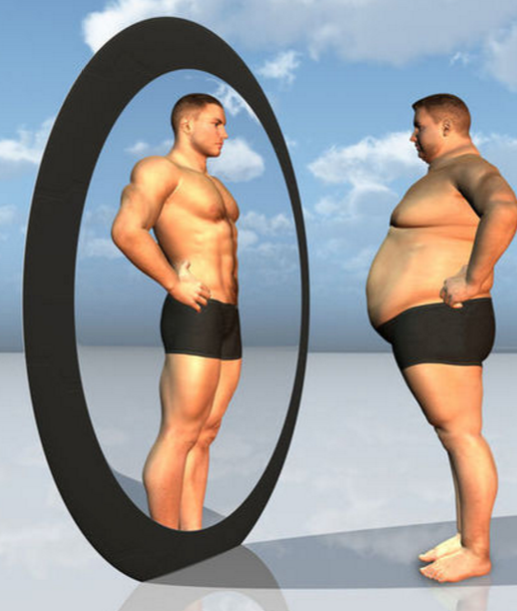 In an investment context, overconfidence really falls into two buckets:

Overconfidence can definitely get worse if you combine it with self-attribution bias, which is where you take credit for the good and blame others when it's bad. It's also related to the cognitive bias we covered, illusion of control.

Consequences: Under-diversify because “you’re right” about your positions. Perhaps you trade too often to take advantage of news that you know will cause a certain reaction in the markets.

Finally, in terms of mitigation, keep detailed trade records, including why you did those, go back to those, study them, and you have a good chance of remaining humble.

Self-control bias is something we’ve all experienced. Just like this woman staring at the candy jar and not being able to eat just one. 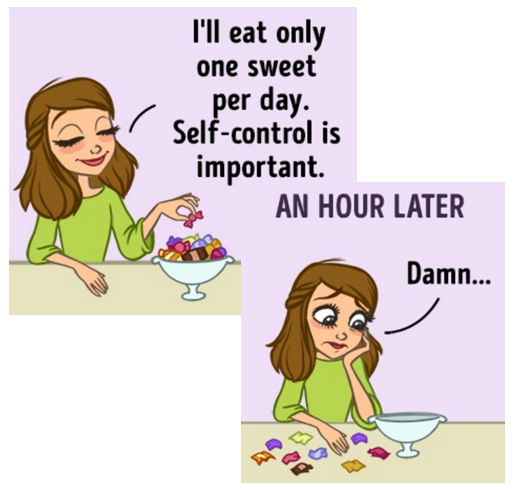 Self-control bias is really, in an investing context, an inability to pursue long-term goals, which is most commonly represented by insufficient saving. So if you see on the exam a passage with a 50-year-old who's unable to save, ding ding ding! Self-control bias.

It's also related to this idea, we talked about in Reading 5 around the marginal propensity to consume in which there's this tradeoff between short-term gratification and long-term, less immediate goals. With self-control bias you lean towards making yourself feel good in the now.

Consequences: You might overemphasize income over total return. You might take excessive risks to overcome some of the things you've done, like not save enough, exactly. You mitigate it through budgeting, clearly defined plans, and financial planning.

Endowment bias is about valuing what you already own more than something you don't own.

So, in this cartoon, this delusional kid is trying to sell his or her lemonade stand for 100 million, right? And it's because it's their lemonade stand that they place such a high value on it, even though it’s probably only generating like $20 bucks a day. 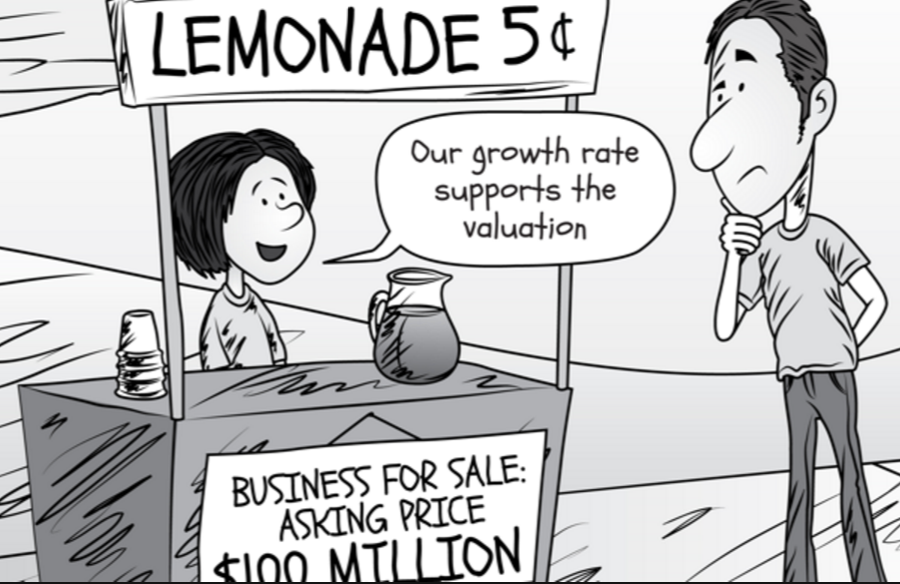 So what does endowment bias lead to? It leads to holding on to investments too long, failing to sell off or replace assets, and/or asking for too high a price for what you already own.

On the CFA Level three exam, endowment bias comes up a lot in in situations involving an inheritance. In this estate planning context you could see an investor sticking with their inherited assets (or assets they’ve owned for a long time just because they're familiar, comfortable, and you value them higher than the markets.

Mitigation of endowment bias involves developing a plan to replace your assets gradually. This is rooted in the CFA L3 lifetime financial planning readings.

When you have regret aversion you're more likely to do what everyone else is doing. So one of the consequences is what we'd call herding behavior, which is kind of related to status quo bias.

Regret aversion also causes investors to over-concentrate in low-risk investments or well-known companies because, “Hey, it's low risk” or “Hey, it's Google stock. Everyone knows it’s a good investment.” Finally, it can cause investors to stay out of a market that has recently experienced a sharp drop.

So it comes back to avoiding true decisions and providing a rationalization or excuse for the decisions you have made because even if your position goes down, it was what everyone else was doing. 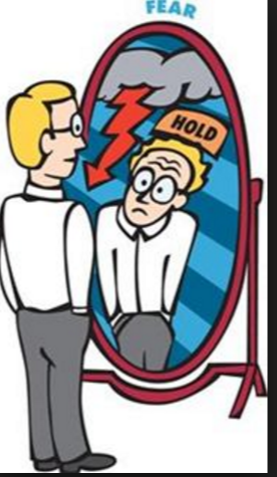 Status quo bias is out last emotional error. It involves this tendency for people to stay with your current investments, mostly due to apathy. 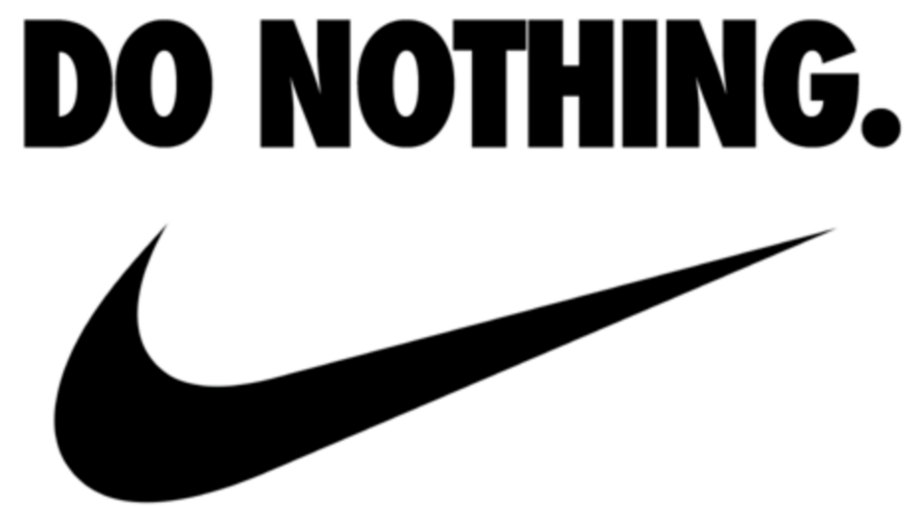 On the CFA L3 exam this often is related to defined contribution, or 401(k)-type investors.

So let's say you sign up for your company plan and you just let it run for 20 years. You're really a different person 20 years later than you were when you first got into that plan. But you might just not do anything, because it's default, or because then you might have to make decisions, which, again, is closely related to what we just talked about with regret aversion.

As a consequence of not changing your allocation for over that long period of time, you might just have a portfolio that's totally out of whack with your stage of life.

It's really hard to mitigate this particular issue. Education can help. One notable “solution” is a new financial product. We've created as an industry target date funds where the allocation changes over time. You invest in them, and presumably they'll adjust your asset allocation for you without you having to make continued decisions.

The LOSERS, along with their cognitive counterparts are highly testable. For a 1 page cram guide of all the different biases see here.